youth of the world - a novel

I wrote a novel

It is called youth of the world and you can read it here or download it here as an epub. It is 67330 words long, spread across 23 chapters. I wrote it in the month of November for "NaNoWriMo". 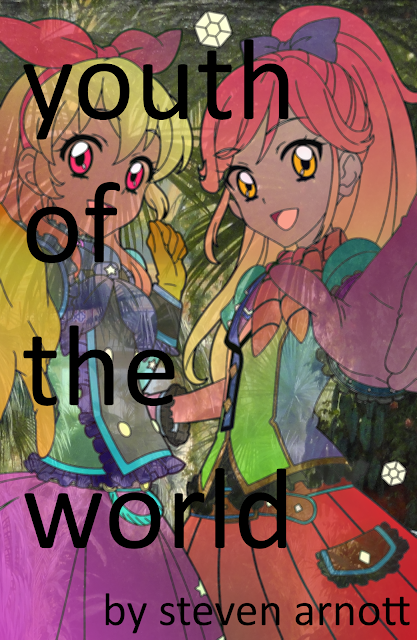 I made it in Paint.net by screwing around with pictures from the /ai/ coloring book collection and the painting The Interior of the Palm House.

What is this book about?
Same stuff as most of my work... Degenerates going around doing degenerate things, talking about degenerate things, having degenerate feelings. It features characters from other things I've written, but not in a way that's always consistent with those previous appearances... not that I expect anyone to recognize this.

Major inspirations include:
-Tao Lin
-Monogatari series
-David Foster Wallace
-Simon Hanselmann
-Before Dawn and the End of the World

I tried to make a novel where there was a complex web of interaction between a wide variety of characters, with a shifting focal lens, such that the reader would be excited to see different characters take the "spotlight". And then I wanted each of those characters to be going through some sort of internal revelation that the reader might empathize with. You can find out if I succeeded???

Why did you write this book?
Uhh basically I wanted to finally "win" "NaNoWriMo". I've tried 3 times in past years, but stopped around ~30k words in each time. Since my last attempt I stopped really liking the idea of the program, but it felt lame to give up without ever making it to the full 50k, and I figured I had a good opportunity this year (being a NEET), so here we are.

How did you write this book?
My problem in previous years wasn't so much a lack of time or motivation, it was crippling hatred of my own work. Whenever I have to read something I wrote before, there's like a 50/50 chance I will remorselessly delete all of it. Writing something of this length pushes the odds pretty close to certainty that at some point it would all get trashed, or I would hit some wall where I'd be unable to work on it because I'd be too scared to look at what I'd been doing before. I've been trying various things to solve this problem, like mass releasing everything I wrote in 2014.

The big breakthrough here though was just not reading anything I had written prior. Every day I worked on it, I would open an entirely new document. I only caught glimpses of the previous parts when I'd consolidate a week's worth into one file. I still haven't read it lol. I'm uploading it and sharing it before I have the chance to hate it.

The downside of this strategy is that I think there's probably a lot of inconsistencies... I know I had a hard time keeping track of the chronological order of events, and I think I forgot about some characters and plotlines, and I noticed the tense changes a lot for no reason. There's probably a lot of typos and such too cause I haven't edited anything.

None of that stuff really matters, though! Overall I'm pretty happy with the book. Another ramification with this plan was that if I ever felt disappointed with a section, I knew the only option available to me would be to make up for it in the next section, so I think the book gets better as it goes.

What's next?
I think sometime early next year I might actually read it, solve some of the aforementioned issues, and maybe cut it down or expand it. I feel like I could just continue writing stuff in this "universe" indefinitely. On the other hand, I now feel somewhat content "leaving" these characters, at least for awhile, and working on something entirely separate. Either way, I want to get in the habit of posting fiction more regularly, so... look forward to that I guess. I also have some major blog posts still in the work that I hope to finish by the end of the year.

But yeah, please check this out. It is my longest and I think best fiction project yet.

Here is the back cover: 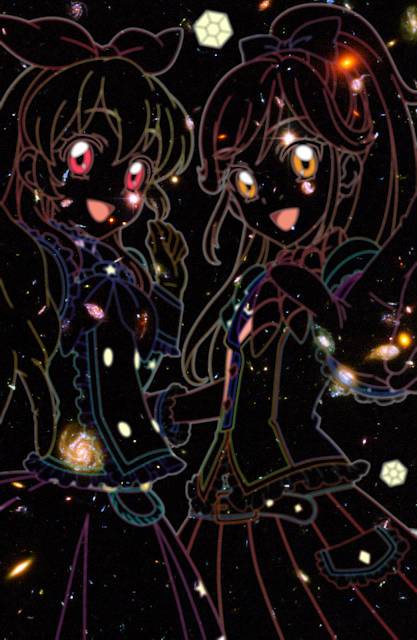