I wrote some short stories

I collected them in a collection called LMAX which you can read here. It is five stories long, and 59 pages/15558 words total. 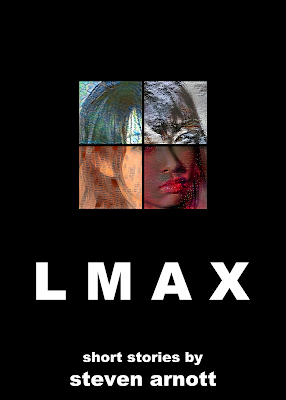 It is a lot shorter and imo better than my novel so if you found that intimidating/bad I suggest checking this out instead. I actually edited things this time!! Plus, if you aren't feeling one of the stories, you can just jump to the next one! They aren't "traditional" short stories, but I don't think they're so experimental that they should be intimidating. I had goals for each story but basically they're all about understanding people and their emotional states.

The other projects I'm working on are pretty long and will take awhile so I thought of this as a sort of "quick snack". I chose stuff that I was close to happy with and figured it would be easy but ha ha nothing is ever easy. I planned on getting this out for my birthday but here it is like a month later, which isn't really too bad. There was a few walls but I got over them. A learning experience.

Pizza Hut 2 For 1 Coupon - I'm really happy with this one but it wasn't very ambitious. I hope it feels "authentic".

Land of Plenty - Initially I liked this one conceptually, but couldn't get the execution right. I kept working on it until I was happy with it, and then literally overnight I forgot the appeal of the concept. Welp.

Self-Death Nullifies Foremost - This one seems good but it operates based on being mysterious to the reader, and since ofc it's not mysterious for me I'm not sure how it'll come across.

The Raccoon - I went in a few different directions while writing this but I think it turned out good.

Spring Album - No idea if this will be appealing for anyone besides me. I went for an emotional territory that I don't see covered often in writing but maybe that's for a good reason lol.

Overall I'm very happy with the collection. My writing is not yet at the stage where I feel comfortable trying to submit it for actual publication, but I think I'm getting close. Please share any thoughts or feelings you have about this work to help me take this next step.

There isn't any connection between the stories, besides one motif that appears in 4/5 of them. I only realized this when I was looking through it today, it was totally unintentional. If I had noticed sooner I prolly would have added it to the fifth. Special prize if you can figure out what I'm talking about.

The meaning of "LMAX" is a secret too but it's pretty obvious if you just read the whole thing (I think).

Special thanks to G. Nikonov for valuable typesetting guidance and feedback on content.

I made the cover using a picture of Leo Ieiri and Neural Style.

I think I'll go back to focusing on music posts while I seriously try to find a job (seriously-seriously this time, as opposed to all the other times I said I was serious). Some other major projects are coming along slowly.
Posted by Keatsta at 12:58 PM