Has been pretty good actually! I'm at the point where adding new content is trivial and now I can do the fun things, like add tons of jobs and classes and such. There's still a lot more "features" I want to add, of course - netplay, AI, graphics and a single player campaign - but all of those things can be added on top of content I already have. Since the game is playable and, in my opinion, pretty enjoyable as-is, I'm going to focus on content at the moment and once I've built up a good amount of that, I'll be ready to make my first stable release and "get the word out". As for the content I'm aiming to have - all of the OU tier for Generation 4, all competitive items and all the commonly used competitive moves and abilities.

Adding new Pokemon is trivial and only takes about a minute or two, depending on how large a movepool it has. Adding new actions, items or abilities can be somewhat messier but usually takes no more than 5 minutes. I have a few people helping me out with doing some of the easy tedious stuff (let me know if you want to be included in this "dream team!") so likely the thing that'll bottleneck progress is difficulty implementing some of the harder things, like implementing Substitute or Sleep Talk or whatever. I'm also still figuring out how I want to do (or not do) some general things like critical hits.

Progress with Another Game

Has been even better, since it didn't exist before last night and now it exists in full. Basically I was playing "euchre" or "you-shray" or "yuker" and I was trying to come up with alternate playstyles that might be interesting. On one hand I figure I probably should just learn bridge since it's probably exactly what I'm looking for, but bridge is sort of complicated. Anyways, here's a game I came up with that I don't think is as complicated as bridge but is a bit tricker than euchre.

-The deck is the same as a euchre deck, except the nines have been removed.
-All 20 cards are dealt out.
-Trump is decided by representative vote. What this means is this: After the cards have been dealt, each player places, face down, any number of cards from his hand, minimum of one. Once everyone has done this, everyone flips their cards over simultaneously. Trump is the most represented suit. If there is a tie, people collect their cards and this process is repeated.
-Alternatively, I think maybe limiting it to each player playing one card might be better, but I'll have to give that some thought.
-Afterwards, the player left of the dealer leads, and the rest is like euchre. However, since neither team "made it", getting a "euchre" is actually impossible, making it sort of a bad name for the game.
-On that topic, lone hands are also gone.
-Teams receive one point for taking the majority of the tricks. They receive an additional point if they take all the tricks.
-10 points wins the game, as always.

I feel like discussing why I think this is an interesting game at length would probably be pointless, as I'd hope the interesting strategies and skills that would result are obvious, and if they aren't, any analysis I do would probably be off point. At any rate, it's something to think about.

My cousin Dan wrote a book

Also last night, I had the opportunity to read my older cousin Dan's debut novel. He had told me about it awhile ago but I hadn't actually seen it yet. I obviously haven't had time to read much of it yet, but what I did read impressed me. It's a story of 20-somethings having realistic adventures and such, relationships and parties and school and all that jazz. He based it on his own experiences, I think. It's a good sort of genre, really lets you spend time on characterization and good dialogue and other such things where you can really flex some writing muscle, which he certainly does. Time to shift another one of my fears to the "irrational" list: getting an engineering degree ruins your ability to write things besides technical reports.

But yeah, the book seems great. I can't wait to read all of it. I'll probably talk about it some more when I do. The book is called "Prophecies Written with a Fork in Ketchup" and you all should remember that you read about it here first when it "blows up".

Writing a book is a pretty amazing thing

However, looking at this book, and realizing all the hard work and thought that had gone into it, I realized for the first time how absolutely ridiculous that was. My cousin had written this thing, not in some ideal conditions like I had always assumed I'd someday have when I actually sat down to do it - probably unemployed post lottery winning living in New York, if I ever thought about it - but just whenever he could, not waiting for these idyllic conditions that would likely never happen. This was what is known for a "wake-up" call for me, but it follows a bit of a trend of mine that also kicked-off my development of that tactical RPG game. I've wanted to play that game for over a decade now. I'd always think about how great a tactical RPG with like, Pokemon, and Final Fantasy characters, and anything else I wanted all in one, and I'd always just sort of assume that someday it'd happen. And then, I just figured, why keep thinking about it? Why assume that some day's going to be a better day to start it? Why not just do it?

So you're gonna write a book now, eh?

Well, I'm gonna try. There's the whole "November Novel Writing Month" challenge thing. I think I might try that. I do have an idea, it's one that I've been thinking about for awhile. It's going to be a "family epic", one where you follow the lives of a family over some long course of history. I think I'd like to break it up into four major chunks, which then contains 4 episodes, one for each character in the family. I already started writing what I'd always intended to be one of these - that story about the kid and the girl and the painting and crap that I posted here. That'd be roughly the first episode for the teenage son of the family. The other character is going to be the war veteran turned politician with a cushy job father, that gets forced into a run for president (think John McCain, or think the person I always thought John McCain was despite all evidence), their mother, who has a troubled past and is struggling to motivate her lazy-ish son and connect with her daughter, who is a young savant that has difficulty in social situations and goes to a special school etc.

I can think of a lot of plot lines for all of them. I dunno. Not sure if this would actually be at all interesting to read or write. It's also the sort of plot where "all roads lead to something depressing happening" and I'm not sure about that.

Wow this is pretty heavy.

Hairstyles I have yet to see in real life:

Maybe Definitely this sort of an offensive term but I don't know what else to call it. Luckily I have never offended anyone by saying this because I have never seen one.

2. The orthodox Jewish hair with the curly bits in the front

I don't think this labeling is very offensive. I'm not sure if I ever understood what those things are/how they stay like that. I actually don't think I've ever seen an Orthodox Jew with any sort of haircut.

I've gotten close with these, but never anything that made me go "wow, that's white trash!"

4. Girl with all her hair in one braid 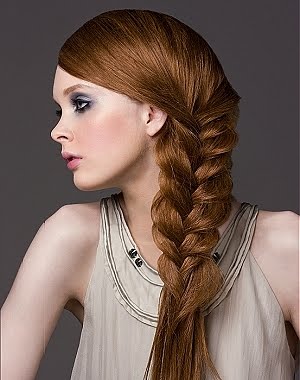 I don't think this is very popular? I've never seen it at any rate.

Anyways I guess my point is that I should probably get out more but should also stay in more so I can program and write and such.

Wow but that's almost the sort of content that would appear on a normal and popular blog, better counter that with something that'll appeal to no one at all.

OK so ">greentext threads". Who loves 'em? I do, surprisingly. Actually, not that surprisingly. Tales, made up or real, copypasta or original, of hilarious social mishaps and witty turns of phrase were always one of my favorite parts of 4chan. Greentext threads just cut down the reading time, and it's not like the prose of the original copypastas was their selling point. There's also a few memes generated by these that carry on the old Bel Air tradition. The first big one was to end a dramatic story like:

I can't remember how that one started or if I'm even doing it right. I think my favorite recurring one is:

>Tell my mother [something sad]
>Bursts into treats

Which, of course, is based on some time when somebody typo'd "tears". Oh man, though, it makes me laugh every time. Second favorite typo-based meme after GAR.

Anyways I saw some greentext thread about a guy going to the movies. I don't remember half of it, he yells at some people and ends up clearing out the theater. Probably didn't happen, doesn't matter. It was alright. Last line just killed me, though:

>throw popcorn at my face because that's how i eat it

I cannot even describe how hard I laughed at this. The mental image enough, but something about the tone of it is just genius. I'd say the tone appeals to me in the same way that the famous "hi grack" conversation on Starcraft does.

Also I'm going to start commenting Starcraft games as soon as I get a microphone, so that'll be interesting to say the least.

WELL THAT'S ABOUT IT FOR THIS THRILLING BLOG POST.
Posted by Keatsta at 4:01 PM

Hey! I'll be doing NaNoWriMo too. Have fortitude.

I never really considered the actual process of writing it, just knew that eventually it would be done, as natural and inevitable as the rising sun.
We're on the same wavelength here.