Haha what is this? What the hell is going on?

I have had a long day I was going to go to bed oh I'll just check facebook quick oh what's this uhh hmm well now this is happening.

Okay Bjork is featured on every track okay one half of a double album okay.

This is too much, I did not need to deal with this right now.

I cannot understand how anyone can be bored with new music while MC Ride is alive. 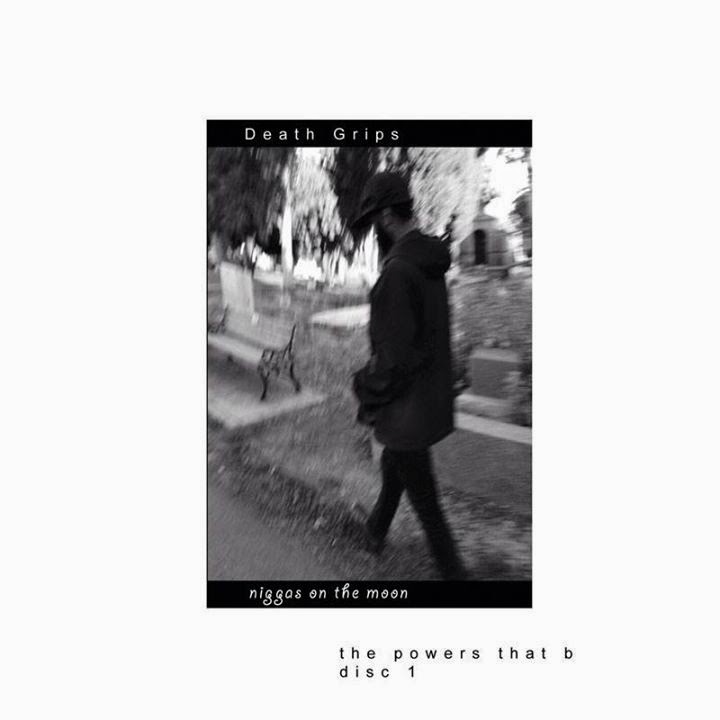 1. Up My Sleeves
Okay yeah right into it... this sort of loop was featured a lot on Government Plates... I hope he raps more on this one though that was my main complaint with that one... I love this really harsh noisey feel, with the "trill" drums. "Up my sleeves, never sounds like you meant it", I like when his voice gets stuttery and the beat breaks down too, and some words with no backing. I wonder what capacity Bjork is in this like is that her voice in the background? "My agony's priceless", he's still got so many new classic lines. This is a really like, brutal flow. Oh man I love this breakdown around 1:50. "I've always known"... "My fetish like magic", haha awesome. My fetish is Zoo decks. And then the vocal effects man these bubbly effects "Blank blank obituary/broadway cemetery", this really hazy drone flow with CRICKET SOUNDS, haahahahahhahaha very evil laughter kinda like on I'm Just A Little Boy. TSK TSK TSK. The structure of this song is unfathomable. And yet it is also sorta a banger. "I HAVE SEEN!", this is exactly the MC Ride I missed on the last album. "I'm temporary!" "I was conceived! By my disease!" And then back into the title loop, but like, stacked. This is that real insanity feel, semantic dissonance, spiraling out of meaning... nice nice. *

2. Billy Not Really
Wow the transition there was slick. I love this beat, this sounds pretty Bjorky. Hyphy Ballads (via Kool AD) (lol). I have no idea what he's saying here but the flow is sweet. I love the blooming/exploding feel of the beat. I have noooooo idea what he's talking about but I think I understand what he's saying? Or maybe I don't but I'd understand the meaning of the real words? Nah that's less likely. And then other parts don't sound like words. This real carnival sound around 1:30 is again just like super disorienting. This feels like "the drugs have gone bad" + "too much of the drugs" and "is has this really just been 2 minutes?", these are all... compliments. This feels like such a new sound for them, this Bjorky "colour", but it still feels like their old WOAH the rhythm switchup oh man this is so sweet, this is like, really rap-y? Haha. I love it. Haha I definitely hear Bjork now. He's telling some story here, I need to relisten and break down the words. This is so crazy though... all these new types of sound... new for them and also pretty new new. *

3. Black Quarterback
These transitions are soooo smooth, continuous album experience. This feels really concepty but I dunno if I understand it at all. He's rapping SO MUCH I love it so many lyrics to study but I can't understand them now lol. "Black quarterback and I'm back" (or "I'm black")? Oh man the bass on this is really kicking now. The drums too man I gotta give the shoutout there. Sometimes these tight little rhythms just pop out, which feels Bjorky too. The loops and breaks, like, the sort of "depraved" looping... uhh, might take a bit to explain that... like, "indulgent" loop. "Romulus and Remus" okay yeah I really gotta figure out what this song is about lol. This is super solid though. S+

4. Say Hey Kid
Ohhhhhhhhh shit I love this. I love this. I love that drum sound, and the scattered beats. That really "hollow" drum sound. This is SO GOOD. "I do what my people would", Haha he has a sort of... sarcastic flow right now. "Doesn't feel good to drive a bus?" "Don't it feel right to sell intent?" "Don't cha OD", haha and then the tempo picking up "Hey kid! Come play dead!" oh man, this is like... it feels really insidious, like, "evil"... but I don't quite understand it. Scary stuff!! Oh man the empty feel around 1:50 insane "Support gravity, my people would"... These lyrics are like sorta silly, this really hard irony, HARSH IRONY (like harsh noise). This bizarre caricature of something I don't quite understand. "Hey kid! Come play dead!" is like... so aggressive lol. *

6. Fuck Me Out
haha what a title. This sort of flow, he was so stuttered... and then it got even more truncatedy... such a tension. I feel like anything can happen. Haha "Neeeeitherrrrr"... his enunciation is a bit different on this album, a bit more human, but like... a satire of a human. The way they do the echo on "oooooout" is really funny. Synching the Bjork sample with the drums is too clever. "Just like a dog, you ain't got shit" haha. This flow is total nonsense. "Yes, yes, yes!"... it sounds like a really twisted parody of rapping made. He's saying "fuck ____" but I have no idea what he's saying. "Fuck suspect, we foretell, we seance" okay I made out that one that's awesome I hope all the lyrics are this good. S+

7. Voila
I love this breaky beat thing here. "Oh". "oh oh oh oh oh oh oh oh". Etc. "Voila" and then that scream aaaaaah this is pretty cool. The beats feel like they just keep getting more intense, even between songs, how is that possible. Okay yeah this minimal section is SO COOL. This is about him wooing a girl or something. But there's all these yells and stuff. Oh Oh Oh Ohh Oh. "Left right up, step right up". "Arms long as their legs", no idea. AAAAAAAAAAhhhhhhhh. I love that scream. Beats out the I'm In It scream as my favorite scream atm. "My shadow whisper voila" "My shadow incubate everything that is", this is crazy. "Viola" is used as some sort of "code", they do this some times, like with "Birds"... feels scary, man, cool. And then the beats just filling things out, I love a full complex sound with a lot of precise elements but then also big rampaging elements, thank you for giving me this. S+

8. Big Dipper
Woah okay this is yet another new sorta trick. Loop as beat. Hahaha oh man. Big dip errr. I think he just said "Placebo slut" haha what amazing. "I'm a bullshitter, I'm a shitty stripper" etc what haha "Binge thinner, big dipper", oh man and then layered him saying and shouting it, that's one of my favorite "tricks" of this band. So intense. This real singsongy flow again man like... it's so eerie, it sounds like someone taunting someone that they're gonna kill (I feel this way via movies). This hook man "I'm a bit bewildered", yeah okay an understatement. This is really bumping too though. The Bjork element here is nuts. "This fire's my costume" oh maaaaan what is happening here around 2:40ish? This is pretty cooool. This is a very schizo sorta sound. The low frequencies will make you see shadow people out your window maybe. And yeah this really depraved "mash the sample buttons" feel hahaha oh man and then like the hard panned Bjork sample wow like okay this is awesome, they're going all out here at the end... this is the biggest dipper. Haha wait does the title refer to cigarettes dipped in that "embalming fluid"??? Does PCP explain ALL of Death Grips? Nah lol. Not the genius. The way the ending is more restrained and yet this sort of "spammy" feel... haha... cool. **

Okay, wow
That was really something.

Lots of new sounds I had not heard before. They took in a lot of Bjork elements of sounds sort of "blooming" out of other sounds... I dunno if this is worth explaining a lot. But then they had all these Bjork "blossomy" sounds, and they'd just... spam the track with them. I really love that feeling of the sample button getting mashed without any apparent rhythm or pattern or synchronization with the rest of the track. It feels so depraved and twisted, especially when the sample itself is so "beautiful" and "pure". It just sounds cool because of that, too.

A lot of this album felt like doing Death Grippy things with "schizophrenic" rhythms but now with this crazy Bjorky flair. But rather than a combination of the two, it felt like the Death Grips system had invaded and corrupted the Bjork aesthetic. It made the Death Grips elements feel even more powerful, dominating... which is like their whole MO.

The lyrics seemed to involve a lot of almost suburban, anytown cliches or situations, but presented with a sort of knowing sarcasm. Rather than a position of an outsider hating and destroying everything, this seemed to be an insider feeling like he is being hated and will be destroyed. But it wasn't a caricature totally removed from MC Ride either. I dunno. I could understand maybe 1/3rd of the lyrics and this was the sense I got so take that with a lot of salt. The main thing is that it's super interesting, and it hasn't lost that really unique Death Grips attitude, which is basically I think like: a homeless man who hates everything suddenly attains the powers of a God (like Homeless Emperor in One Punch Man I guess).

So yeah overall really good. Really an experience. I love how all the tracks transitioned smoothly together, too. I'm super excited for part 2.
Posted by Keatsta at 9:27 PM

how hard can i try to get the first review out

probably a bit harder than this