You remember in 2013 when Pusha T, one half of the legendary Clipse, after years of Kanye's teasing and godlike guest features, finally dropped his first solo album, My Name is My Name, and it was basically perfect and everyone loved it and he had an absolute tidal wave of hype behind him, anticipating his next move? Oh, do you not remember that so well anymore? Maybe that's cause his next move was... basically nothing. Sure, there was the odd guest verse, and the bizarre but lovable "Lunch Money", but these only drove home how painful these years of silence had become.

It makes a bit more sense when you consider the legacy of Clipse, who released four classic studio albums in 1997, 2002, 2006, and 2009. Far from the mixtape-spam of the latest stars, T is familiar with long periods of hibernation, emerging with an almost overflowing repertoire of sinister flows and signature snarls. He manages to always feel both classic, ahead of his time, and bleeding edge. It is impossible to know exactly how much this single man has contributed to our current hip hop culture. He's like Yams of another scene. Like Kanye said, "everything is Pusha T", but for Pusha T, everything is just about the music: "this is about black t-shirts, and drums!".

And now, it's finally here: sorta. I guess this is like... a hype mini-album of maybe b-sides or whatever, bringing us up to speed for next year's long awaited sophomore solo album, King Push. And the fact that I'm hyped up for this... the love runs deep here. I am very excited. Let's go. 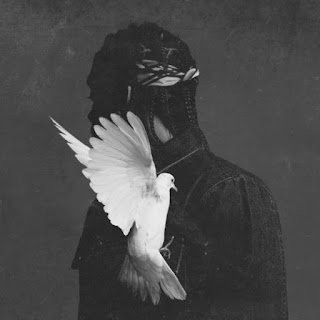 1. Intro
Ooh, this is pretty cool... the synths feel "classic". "Trying to be three people at a time, one for me, one for you, and one for them"... "you gotta pick one"... oh man. The way the beat comes in and destroys everything ahhhh. "Jack Frost, selling that blast-off". "The only thing missing is a cape on me", man, this ain't nothing but the intro... Oh man, the shoutout to Dilla was nice. Okay yeah. "The other people is running, but I'm still here", this is exactly what I wanted. So much power. S+

2. Untouchable
This was a single, but you had to like, hold down a button to listen to it, so I didn't bother lol. I heard a bit of it. The Biggie sample is SICK, only Timbaland has the gravitas to approach a sample like this. This flow is hella sinister. He snarls so well on the "ess" sounds, yeaugh. Idk how to spell that. iirc he gave an official spelling at some point. OOH the style switch. OH MAN YEAH he's the president of GOOD Music, that's sick. jesus dude that Eminem line was too clever. Netflix Narcos, lmao. "Lone Wolf, no Tonto, Head Honcho", sick. PUUUUUUSH, okay that was sick. Damn man. *

3. M.F.T.R.
what could this mean... motherfucking true riders? idk. I like The-Dream well enough, I like how his voice contrasts with a lot of rappers. Shoutouts to Paid in Full, what a classic. "I'm drug money like Dapper Dan", maaan. "I'm Kim Jong of the drug song" ahhh. "It's funny how that tec make a nigga get religious" is so good. Oh damn his flow on this one gets pretty crazy. Ahhh lol his blinds, his blinds are so hi-tech. Braaaaaapt. Oh man the way he says "viola" is classic, I had it stuck in my head this whole time since MNIMN. "Chess moves on your checkerboard, king him", well yeah that'd be busted. America's Worst Nightmare, well yeah. Good shit. This outro is siiiiiiick, so imposing and cinematic, is this a taste of what SWISH will be like maybe? nah i don't think Kanye had much to do with this one. *

4. Crutches, Crosses, Caskets
oh dang. this flow. this beat. ???. weird. okay. The way it's sorta churning up at the bottom is pretty cool. Bragging about the easy happiness of his mom. Good. "Banana clips for all you curious Georges" hahahaha. "I speak to your soul and that's above money", man, this is like, so raw... just going in on this weird flow, I feel it, cool stuff. Neat sorta "interlude" feeling. S

5. M.P.A.
what could this mean? Money Pussy Awesome? lel. The-Dream again on some singing hook, I feel it. and KANYE on this one, and ROCKY, that's pretty sick. oooh, the piano now... ALCOHOL lmao i was close. rocky did a track with Q that was money pussy weed called pmw so yknow i sorta knew. This is pretty nutty, this is like, jesus... "Dope is like a two-way street, the addiction both you and me", interesting perspective. "I had a dream I had it all, I woke up and really had it all". Man yeah this is something else... so sincere, so powerful, minimal, raw... "I seen more won't than you will", damn. geeeeeezus T is really going in on this one. okay but uhh... the guest contributions were more minimal than i expected i guess. that's ok. **

6. Got Em Covered
owah this beat. "The floor plays limbo, courtesy of Timbo". damn man. DAMN this beat. what the hell? Ab-Liva had a CRAZY flow on MNIMN, i hope he lives up to it here. "I got the dope boys covered"... "A Pyrex God", pretty sick. "Whatever rapper hot at the moment don't realize he a candle until he blow it" sheeeeeeesh. okay show me the ab-liva. OH SICK yeah this is pretty cool, there's so much like, "mean energy" in it. going in too... man... this is bizarre though. like this is a weirder beat than "Lunch Money". almost sounds like some old DOOM thing, y'know? cool cool. S+

7. Keep Dealing
woah beanie sigel, that's a name i haven't heard in a long time. "They call him a crack dealer, I am like Warhol", oh. This beat is SICK, really cinematic and imposing, but also sorta distorted and distant... "I think I paid for one too many abortions", that has depressing layers. holy shit i love this beat, "The last cocaine superhero, I got the cape on" oh okay now he has it. This extended superhero metaphor is so strange lol but I like that he's having fun. "I'm living The Wire", did he just say that? lol. i love the wire. Beanie sounding hella meeeeean, I fuck with it, i forgot what he sounded like LOL. damn man, this "i'd rather die than talk" talk is nuts. really very cool music. **

8. Retribution
idk who Kehlani is... sounds kinda familiar... "It's kinda chilly, being the coldest", i see i see. "Bitches love to shop", isn't that the like... parody Dave Chappelle thing from that Eddie Murphy movie? i was just watching that a bit ago lmao. Kehlani sounds pretty sick, "Maybe it's me or my arrogance", "Who are you anyway?", feels real, powerful. Man at 1:40, this sorta flow, he's getting so good at it sheesh. the beat is really cool, too, I love the contrast of the really "active" synth and the heavy heavy drums. this outro... oooh... "Red leather in a room full of thrillers" heh. "Safe look like it got a printer", "What bitch ain't fucked a winner", damn man who else can brag like this? *

9. F.I.F.A.
uhh... federation international football association, or something? WOW this beat is cool, really strange lol. "It's good to have a getaway for no reason", i see. "Drug money kicked around like it's FIFA", i see i see. This Chris Hansen joke makes no sense to me lol. man this beat is bizarre, i can't get over that midi-guitar twang sorta sound, but the heaviness of it is sick. "I hope you bettin on a sleeper" is pretty sick. and these drums, lol the panning, this is so fun. and then the obligatory super heavy bottom is good too. crazy crazy. S+

10. Sunshine
Jill Scott woah she's pretty famous. "America you need a miracle", ahhh. oh man this is getting DARK, i feel it, "In order to be me, you gotta see what Chief Keef see", and then a description of that, brutal. "God can't hear it over gunplay", "Cell phones ain't enough proof". Police brutality is a strain upon the present that will become painfully obvious to everyone within a decade. "Don't let them rewrite this, like they rewrote history", good but is the Statue of Liberty actually black? I never heard that. Flava Flav in Louis V, damn. Jill Scott is so good omg. 2nd best Scott after Gil Scott. lel. idk. okay that was pretty sick, this whole thing was impressive, nice trappy drums. **

Alright that was pretty sweet

At first I thought this was where he was putting his sorta "straightforward", Pusha T-style Pusha T songs, so that he could be more experimental on King Push without disappointing anyone. And then at other times I thought this is where he was putting his weirder songs so he could come straight from the core with King Push. But really it's both, which really makes me wonder what King Push is gonna be like. If it's the same sort of scope but just "supercharged", that'd be fine. Really if it was just more like this that'd be fine too, cause this was sick.

There's a really interesting duality I perceive on this album, or maybe a "triality"? Like there's always been a sort of identity crisis with T where he was like, a God of drug dealing, but then also a God of coming up with clever ways of referring to himself as a God of drug dealing. And he sees the rap career as safer, less legitimate, than the drug career, and always makes it clear that he could sell a brick on his birthday and all that, but to express that he has to use his focus and skill in rapping. Add to that the same sort of paradoxes with being President of GOOD Music and his other business-type ventures...

This path of drug dealer -> rapper -> businessman is one not uncommon to hustlers in hip hop, and few can express the whole expanse like Pusha T. He's witty and funny and often jaw-droppingly articulate, but this expertise doesn't undermine his credibility, but rather seems to prove it, like, Stringer Bell style... you really feel like he's capable of everything he's saying because he's just obviously extremely smart and hardworking. But like Marlo, there's an inner conflict, where anything he does that takes him further away from the street corners feels inauthentic and weak, and makes his drive to return to them more explosive. It's the conflict between these two directions that takes his music to the level past expert braggadocio by injecting a chaotic tension... it's what makes him sound so good over such jarring, near arhythmic beats. Super compelling. Really can't wait to hear more!!
Posted by Keatsta at 2:25 PM