When I was younger...

Back in 2007, when I was the terrible age of 16 and enjoyed telling classmates that I listened to shoegaze just to see their confused faces, a 22 minute EP dropped with little fanfare called LSD and the Search for God. It's the sort of title that could easily be your undoing, as you're attempting to appeal to people who aren't unlikely to have actually taken LSD and searched for God. If your music is anything less than debilitatingly evocative, the response would be damning.

But no, this is obviously not going to be about disappointment. I am not much of a spiritual-psychonaut, or whatever the term might be, and I certainly wasn't back in high school, but even then I knew something powerful and special was going on here. This was shoegaze on a level of purity and vision that I had never encountered before. It was like some insane platonic ideal of other bands I had been listening to at the time... Like all the Slowdives and Rides, stripped off everything jagged and distinct, distilled down into a single cloudy essence of feedback and reverb and heavenly sonorous vocals. The feeling of their songs swirling around your head, saturating every fold of your grey matter, is simply unmatched.

This wasn't music I could be elitist about. This was something I eagerly shared with friends, rightfully confident that the effect, the power it had, was an indiscriminate panacea. It was a widespread phenomenon, and soon the EP reached cult status around the world, entirely through word of mouth and a rapidly developing reputation. It took a legendary status among shoegaze fans, and seemed to unite all camps - whether you were into dreamy cloudy stuff or aggressive noisy jams, there was an assumed reverence to LSD and the Search for God.

I think this was largely due to the space it left after itself. Everything - including the band itself - seemed to indicate that a full-length LP followup was happening soon, but instead... silence. Shoegaze fans are no stranger to long waits between albums, and many of us resigned ourselves to another 20+ year hibernation, knowing that, like Kevin Shields' own struggles, the creative process required to complete a followup was beyond our understanding and definitely not to be rushed. If I could use a drug analogy, it would be like an extremely potent research chemical being developed in exactly one batch, with an effect unlike anything else. It flashes across the continent, and for a second, everyone is united in it, united in their love. After it's gone, no one can know when the next one is coming, no one can do anything to accelerate it or anticipate it. You can just bask in the afterglow of that first time (i.e., listening to the first EP repeatedly).

Until... now. Here it is. We should uh, probably get on with it. HONESTLY THOUGH, I'm a little scared. Part of this idealization, these eight years of championing and album, is that the very idea of the followup becomes a little unreal. What if, in my "mostly Young Thug" age of 24, I can't appreciate this as much as I could at my "bands most of you haven't heard of" age of 16? What if it's... bad? No, no. I'm listening to the first EP now. As long as it's the same people, and they haven't thrown their pedals away, and they're still looking for God, I don't think we have anything to worry about. 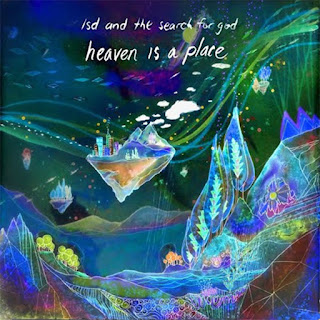 1. Heaven
Okay yeah, this is the sound I want. That sort of "waves of guitar". Oh man and that first bend at like 17 seconds that's it it's over AOTY AOTY AOTY. Ooh the vocals still sound very similar. This is faster than anything on the first EP I think like tempo-wise. The way the drums cascade is really nice... and the way the vocals sort of "lead", ommmmmmg... "I see it on your face"? that heaven is a place? oh man. yeah my face prolly looks like that lmao. ohh the rhythms on the drums are kinda neat, around like 1:50, the delays and stuff... they still have "full brain saturation mode" so that's 100% victory already. OMG at 2:17, it's THAT SOUND, only they can do that sound. like you stuck your head out the window of the entire universe and its going fast. OKAY COOL. **

2. (I Don't Think That We Should) Take It Slow
the "(say the opposite of) what you mean" title pattern feels more like butt rock LOL but whatever. This is interesting, this sort of conversational flow... talking after the show... it has an "easy pace". And a little instrumental break too... rhyming "best" with "chest", hmmmmm. already this is more "real" and "placeable" than anything on the first EP. Still sounds entirely like heaven tho. this is a real "jam" sort of feel, goes nice with the "after the show" setting. ooooh the way the woman's vocals go over the guy's near the end is really nice, really really good effect. such a depth of sound... *

3. Elizabeth
woah and now a SPECIFIC PERSON'S NAME, this is getting TOO REAL lol. very restrained intro, gonna go for the "build up" feel i guess. This is nice, I really like the "wind sounds" as i mentioned earlier, and now they've made them into a sick sort of "cave" sound, like a whole "wind tunnel". yeah this is pretty great... I like how the drums can be really aggressive and crashy and yet they're mixed in so it isn't like, overpowering or whatever. OH MAN, the way this whole wall of sound is building, it's like... being poured into your head... you can feel it filling up. good review steven that sure made sense. *

4. Outer Space (Long Way Home)
OH, okay woah. this sort of TWANG wow. and the drums going double time sorta, this is pretty nice. "I knew a girl from outer space", hmm. The alien introduced you to Jesus Christ? The alien saved him? she could use some saving of her own? This is uhhh crazy lol. Ohh the harmonizing though, that's really nice. "She smoked all my drugs, and that's not cool with me" lmao uhhh buddy you have to get your shit in order. shoegaze is a sort of degeneracy i cannot explain because it is so far from me in several directions. "You remind me of a railway station"? This is nice though. The sense of progression it has is cool, very pulsing, and yet also a sort of "storytelling" continual feel. "Come down in desperation"? That's a cool line. There's like... a lot of real things being said... telling everybody that you're finally clean and stuff... I think there's maybe a "real story" hidden in all these songs. Cool cool. **

5. Without You
sequel to the eminem song "without me" im SURE. woah 7:35 this is gonna be something. Slow buildup intro... the wind swirling around... Very peaceful... OH the way the drums came in was reeeeallly niiiiiice. the drums on this whole album have been fantastic, I don't think I ever thought that so distinctly with the first EP. we're still building, OOOH at 1:20 there's a really nice development, that shock of electricity, damn. "One thing I know... I'm gonna die" oh. okay. This is really nice, this sort of surging jam, and there's nice periods of depressurization and stuff. man their guitar tones are still just like nothing else. "You'd better hide your gun from yourself, cause the trigger won't change it's mine", aaaaa. this is so full... i think it has trivially crossed the bloodbrain barrier. wait that makes no sense lol thats not how senses work. dang... around 4:40... this sort of spinning, panning effect... and the drums are so good too ahh i love the sound of the heavy toms through everything. oh man I hope they just go like ALL OUT for this outro, no holds barred. yesssss, just give me the feedback bath... OH wait final verse: "I'm gonna die", boom. "Gonna take away the pain", this is some real Spiritualized rhetoric. This is really nice, though... these slight fades and re-entrances... ahhh... okay very good. **

That was actually real

It actually happened. They made another EP, and released it, and I heard it. And it was really good. They still sounded like they used to. He could still do that breathy voice where it sounds like he's dying but all the life he has left is coming out. She could still do that voice that sounds like an angel singing somewhere past the moon. The guitars still seeped into every part of your spongey brain matter and made it dense so it could sink into all the reverb. The drums were perhaps tighter and more dynamic than they'd ever been, but were expertly mixed so they merely strung you along, rather than disturbed the trance of pure shoegaze. That's all good.

But at the same time, this was like... real. Sure, it's hard to make this sort of comparison without some bias, as eight years of repeated listening have made the tracks of the previous EP a little more than real, but I think there's been some major changes in structure and subject matter and such. Songs now seem to take place with the typical perspective of an artist/listener relationship, that is, they set the scene, and tell stories, and such. That's fine, but it feels much more human than the original EP, which felt like little fragments of conversations or even just thought processes that weren't tailored towards our understanding. The songs' structures reflect this too... now instead of big singular arcs, seemingly motivated only by a feeling or sound, we have more traditional patterns of chorus/verse etc to accommodate more traditional songwriting.

And it's all good, yeah, but it's like... very much more down to Earth, I guess. If I could retitle the EP in the manner of track two, it's sort of like... "Heaven is (Just) a Place". Yes, it's exciting that we finally heard the impossible, that new music from this band has emerged, but the only way they could do so was to make some... possible music. Like, if we could actually go to heaven, as we are now, it wouldn't really be much of a "heaven", right? Anything reducible into the scope of our imagination is already less than what we'd dreamed would be unimaginable.

Ahh, I shouldn't sound like I'm knocking it too hard. I'm just coming to grips with the fact that my expectations were pretty silly to begin with. I don't like this as much as their first EP maybe, but there's been very few things in the last eight years that I have. This is still beautiful, powerful, emotional music, expertly crafted and sure to settle well into my memories, still shoegaze at its purest and best.
Posted by Keatsta at 9:20 AM