There was a lot of good shorts this time so here's a little list just for them. It's a good warm up for the more substantial ones which are coming Soon™. 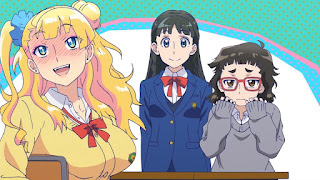 The basic joke here - that Galko is surprisingly innocent and nerdy despite her gyaru appearance - provides a funny skeleton, but it's the meat of the show that sticks out: at considerable length, and with educational frankness, the girls discuss topics that any other SoL show would reduce to a single gag. Once you add just the right amount of heart, it's anatomically perfect! 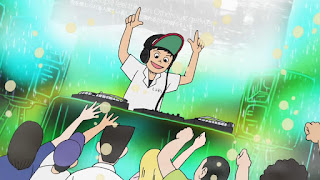 Follow our titular hero in his quest to become a master DJ and fry cook, while learning that the roles aren't as dissimilar as you'd think. The artstyle has an endearing amateurishness, the extended cast is hilarious, and Agetarou's struggles and successes are compelling. But best of all: the songs they play, and the insights into dance music they provide, are genuinely fresh and funky. 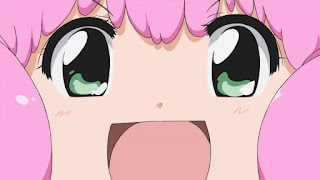 2016 blessed and/or condemned us with episodes 73 through 96 of Teekyuu, comprising seasons 7 and 8. Watch this Tim-and-Eric-plus-tennis-minus-budget audiovisual odyssey and reflect on the fact that not only was this allowed to happen, this was allowed to happen eight times. 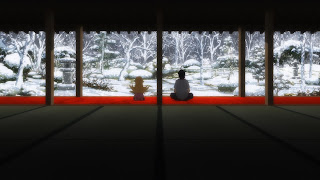 This collection of Monogatari side stories flew under the radar when it aired web-only in January, but for fans of the series, it's a must-see. The stories weave themselves throughout the show's chronology, giving us rare and nostalgic glimpses of our favorite characters in different "modes". And while they remain familiar, the roles they play are shuffled; each instigates, advises, or impedes Aragagi as he attempts to solve the episode's mystery. Given the normally languid pacing of the series, you may not think much could happen in under 15 min, but it's a complete and fulfilling story each time, with everything you love from Monogatari - twists and punchlines, diegetic breaks, and poetically perfect endings - super condensed but still substantial, with each episode feeling like it exceeds the boundaries set by the one before it. And just when you think you've seen it all, the show transcends the bounds of a "side story" entirely, in one of the craziest finales of the year. 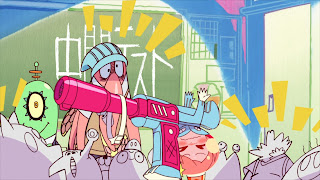 Hey that was pretty easy, short = easy, I'm gonna do my albums list really short too

Wow yeah very easy, music journalists have you been disrupted?

More lists to come soon unless I am a buster.
Posted by Keatsta at 12:46 PM