That means there's been 277 days since my last blog post with this sorta intro.


I don't know how I feel about that.


It has less than my combined link and comment karma, though

This is a chart showing my reddit comment karma, link karma, and the view count of this blog


Don't ask how I was able to produce such a chart


Did you know this blog has been viewed exactly 900 times in the last month as of this writing?


I am a slave to the decimal system.


Let's get to the meat of this blog post: 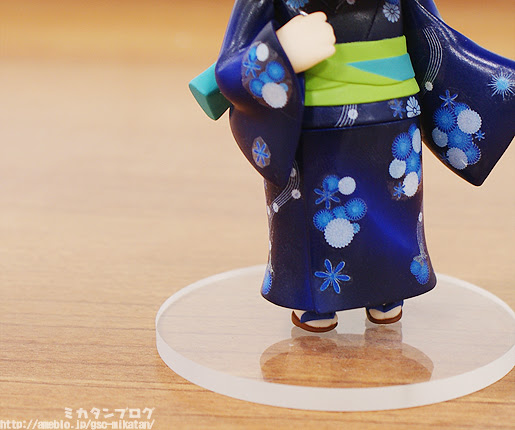 Another Miku, yeah... But this design is pretty cute! 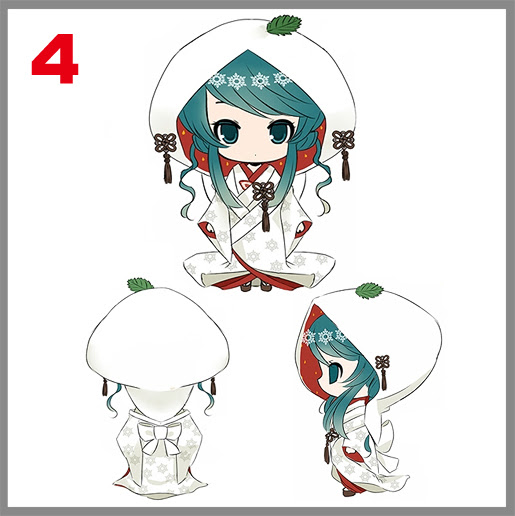 5. Chitanda Nendoroid
Nothing said about this yet... but it's basically inevitable, right? 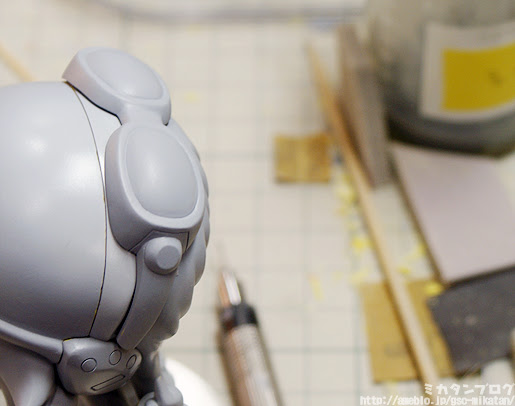 I was hoping this would be painted... maybe they're just saving that? 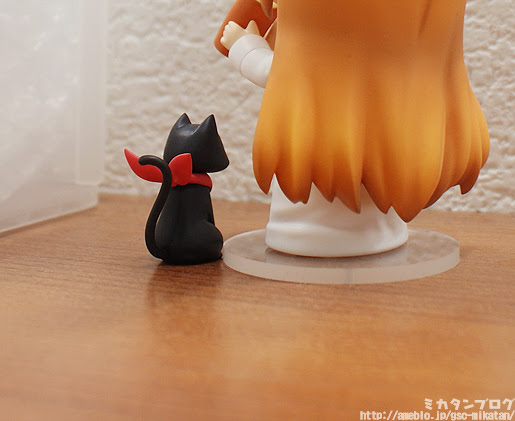 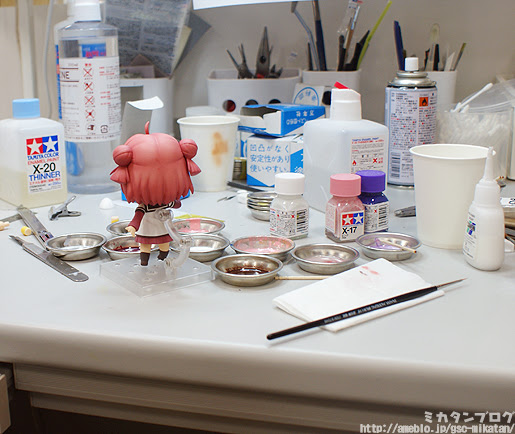 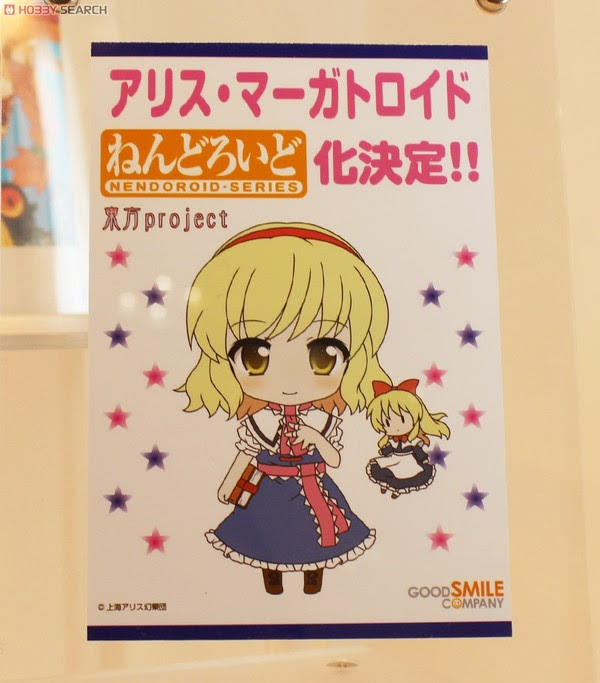 Last year we saw the poster so this year it has to be here in the flesh!! I hope...

6. Top 7 things I learned about mahjong from Saki
7. Sometimes you shout "riichi" and you do this when you are confident in your hand

6. There's something about dragons, one time a girl almost had some dragon thing and then she got stopped.
5. Bonus hands keep happening for no reason
4. Only moe lesbians can play
3. Discarding the 5-pin is very controversial!!
2. Sometimes you get to say ron and flip everything over and everyone gasps
1. It totally makes sense now that Saki has like 40 characters in the Saimoe main bracket already

5. Top 7 characters I foresee doing well in Saimoe
7. Nodoka @ Saki
I think the Saki domination will stop when it begins to cannibalize itself. That said, I'd be surprised if Nodoka at least didn't make it out of groups.
6. Kyouko @ YuruYuri
How can anyone resist TOSHINO KYOUKO? They can't.
5. Azusa @ K-On!
A former champion is hard to dismiss, and she had a great role in the movie, which was great and I should talk about it more sometime.
4. Nagi Sanzenin @ Hayate
So like that goes double for Nagi, who probably the most veteran combatant in the tournament. The Hayate alliance shouldn't be underestimated. Ever.
3. Taiga @ ToraDora
Another former champ with a dedicated fanbase. Moreover, a fanbase without any sort of anti-alliance working against it.
2. Chitanda @ Hyouka
Hyouka's popularity seems like it won't let up.
1. Akari @ YuruYuri
YES. Do I dare hope? I do. Don't let me down Japan!

3. Top 7 songs at the immediate moment
7. TeddyLoid - "Theme for Scanty & Kneesocks" - I dunno when I started listening to this again but it's catchy as all hell.

5. Acid Mothers Soulja Boy - "Crankin' Dat Cosmic Inferno" - I got this mashup from 4chan like way way back in the day, around when "Crank Dat" came out originally I think. I still go back to listen to it occasionally because it's such a masterpiece.
4. LOL Boys - "Changes" (Shlohmo remix) - Shlohmo could remix pretty much anything like this and I'd be addicted to listening to it.
3. Lil B - "Watch Wit Da Scope" - There's a lot of great stuff over a great beat here but oh man on the hook he goes "Man, my stomach hurt", and that's quickly becoming my favorite hook ever.
2. Crystal Castles - "Plague" - This is a really exciting new direction for Crystal Castles. Very dark, almost Burialesque, and then the juxtaposition with Alice Glass's voice - always my favorite aspect of CC - is doubly good here what with the additional layering of said voice... chills, man. This next album is gonna be INTERESTING.
1. Flying Lotus - "Between Friends" (ft. Earl Sweatshirt and Tyler, the Creator) - FlyLo proves himself to still be on another tier entirely. This beat is essentially perfect. But the really mindblowing thing I think is Earl and Tyler tearing it up. Over 9000 Star Wars joke is sorta weak but nearly every other line is gold. OF has gone from being the most hyped up crazy thing to really one of the more slept on collectives. It's easy to believe the anti-hype or at least hype-come-down and be like "well they're nothing special" but oh man listen to something like this and tell me that. Shoutouts to adult swim for arranging this, shoutouts to adultswim for Eric Andre show.

2. Top 7 things going on in my life at the moment
7. ITG - I'm coming up on the 1 year anniversary of starting to play ITG and I'm trying to make some sort of milestone before the date because, once again, I am the oversymbolizing slave to the gravitational whims of the cosmos. There's some videos on my youtube channel of me playing recently. I think I'm doing alright for a year in.

6. Media consumption - Now I'm reading Proust's Swann's Way, about halfway through that, enjoying it a lot. Did you know that Proust invented "irony quotes"??!? I'm also reading The Typewriter is Holy, which is like a biographical thing about the Beat Generation and is very fascinating and illuminating. I'm reading Black Jack at the library, I think I'm about 7 volumes in, very impressive. I'm watching Saki, Kokoro Connect, YuruYuri, Tari Tari and Rinne no Lagrange in animes and The Eric Andre Show and Workaholics in 3D land. Whew!
5. Job search - I have been looking fruitlessly for a summer job for quite awhile and only now that summer is ending does it seem like I have been given a legitimate shot at one, i.e. this position at Staples that I interviewed pretty well for and I'm now waiting to hear from them. I hope I get it, I think I'd either like it or learn something about myself through disliking it, plus extra moneys.
4. Trip coming up - At the end of August I am going to DISNEY WORLD with my mom. I love Disney World!
3. Tutor job coming up - In September I start a job helping people with essays. I really hope this goes well because it could be the start of my "academic career" which seems like it is "my only hope for any career".
2. Classes starting soon - This next term I am taking uh: "Tragic Drama", "Arthurian Traditions", "Modernism to Postmodernism", "Reasoning and Argumentation" and "Indian Philosophy"
1. Writing fiction - [insert generic thing I write often trying to justify why I haven't written as much as I'd like and why what I have written is so crappy]


Okay that's it expect a WonFest post soon
Posted by Keatsta at 9:47 AM