Animal Collective's New Album Will Be Album Of The Year i.e. The Best Album Released In 2012


Shizuno Takakamo @ Saki
Rise Matsumoto @ Yuru Yuri
Kyouko Toshinou @ Yuru Yuri
This was pretty brutal. The YuruYuris have not been having good matchups but I thought TOSHINO KYOUKO would be okay at least. If the YuruYuri faction had wholly abandoned Rise they would have won by one vote. Sheesh. Shizu is a great character though so I'm not too upset.

Another brutal matchup for the YuruYuris... Just how strong is that Lovecraft gravespinning show?

Wow, a strong victory for the struggling Tamayura fandom! Congratulations to them. Did I really overestimate how popular Maria was among Hayate fans? Maybe. The vote graph for this one is really dramatic, though, dunno what's going on there.

Fuu Sawatari @ Tamayura
Kanon Nakagawa @ The World God Only Knows
Norie Okazaki @ Tamayura
And sheesh the Tamayuras could have had these characters advance too if they had less crazy matchups. Too bad.

Yuuka Morigaki @ Saki
Hisa Takei @ Saki
Sae Nakata @ Amagami SS
Hisa's probably like top 5 Sakis for me so I'm glad to see this. She might even have a shot in round two??

I don't even know who that Saki character is and she beat Mami. Woah. I dunno how far Astarotte will go but this a very confusing first victory, albeit a decisive one.


Sherlock Shellingford @ Detective Opera Milky Holmes
Mayuri Shiina @ Steins;Gate
Asuha Tohara @ Astarotte's Toy!
Ugh, this was a bad prediction on my part. I should have realized Steins;Gate never really does all that well in the tournament itself...

The Tamayuras almost won this one too. That's sad, yo. At least they got one character through!!

The K-Ons aren't doing too great this year but Ui had a pretty good win here by beating basically the only relevant character from Ben-To as far as I can tell.

Dang wow I did not expect this at ALLLL. Erica, what happened!??! She used to be the strongest witch and she loses round one? I can't explain it. Only by 4 votes but like still sheesh what happened?

Cure Peace crushing! Maybe that will make up for uh all the abuse she seems to be getting among the artistically minded in her "fanbase".

Overall I have predicted 24/36 correct and the Japanese have had it correct 18/36 times.

This group seems pretty weak, all told... Probably Yayoi and Shizuno in group finals with Yayoi going on? I have no idea though really.

Hey look at all these albums that are out that basically I ought to want to hear!

Swans - The Seer
This should be like amazingly brutal.

The xx - Coexist
I've heard mixed things but basically this should be nice I think.

Dinosaur Jr. - I Bet on the Sky
Dino Jr. always good for a "rollicking good time".

Cat Power - Sun
I used to be really into Cat Power and I assumed I had lost interest in her or something but it turns out she just hadn't released anything in like six years.

Dan Deacon - America
This guy's great and stuff but there's only one Deak I care about these days.

Yeasayer - Fragrant World
I was never the hugest Yeasayer fan but this is definitely worth a listen.

JJ DOOM - Keys to the Cuff
Everything I've heard from this has been pretty fun so I ought to check out the whole thing.

Busta Rhymes - Year of the Dragon
The absolute very least that this could be is something that I still want to see.

TNGHT - TNGHT EP
Everyone is all hyped for these guys and I understand why. But I haven't listened to it...

Basically I can't commit to listening to any other album because AT ANY SECOND, the ALBUM OF THE YEAR could leak.


There's been rumors, there's been streams, there were singles, there's been promotional art... But so far, nothing legitimate has surfaced. I speak of course, of the unspeakable...

LIL B - BASED JAM 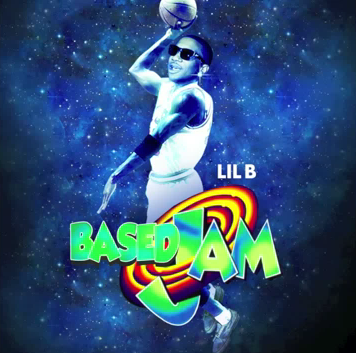