Well, Panda Bear is gearing up for his solo release, Panda Bear Meets the Grim Reaper, and this seems like a teaser EP sorta thing? I've heard that people are getting really hyped up for the album through bootlegs and such, but I deliberately stayed away from those (to avoid "spoilers"). But idk I also really want to be hyped up, to start f5ing for leaks and stuff.

Noah Lennox is my husbando

I love AnCo stuff in general, but I think my favorite "element" in any of their stuff has always been Panda Bear. Person Pitch and Tomboy both rank among my all time favorite albums, and there's stuff on the self-titled and Young Prayer that feel almost maddeningly elusive... like, oh my god, "A Lover Once Can No Longer Be"??? I feel like I'm gonna lose my mind every time I hear it.

Panda Bear always seems to operate like... transcendentally around other "popular" music in his "demographic". Like, when Person Pitch came out, it seemed to "kickstart" chillwave in a major way, but I can't really remember what other chillwave albums were out at the time, such was the strength of my association with Person Pitch. And other chillwave albums never seemed to measure up... It felt like all the parts I liked of them best, Person Pitch just had stronger.

And then when Tomboy came out, I knew there was already a big movement of this noisy, garagey, surfy rock. I listened to a lot of it. But somehow I knew... Tomboy was gonna end up being the album that I associated with all of that. There was already all that Noah = Brian Wilson sorta chatter, but for me... as soon as I knew a track was gonna be titled "Surfer's Hymn", I was like... Okay, the war is over, Panda Bear has won, you might as well close the beach.

So... with PBMTGR, I feel like I should just look at whatever subset of indie rock has been capturing the "bleeding edge" types over the last 2.5 years and for the next 2.5 years, and know that it will be the defining album of that genre. Except like... I don't know what that is. Lmao. Since Tomboy, I have almost entirely abandoned "cool indie rock". The last one I tried to listen to a lot was the new Vampire Weekend, and I just felt like... Idk... with the amount that I want to listen to music with guitars, I already have enough old albums and such to go through. I can't be bothered. I mean, there are exceptions, like Perfume Genius, and Panda Bear, and Sufjan Stevens and Joanna Newsom and stuff. And I guess new artists with enough hype behind them. Idk.

I'm just saying that like... as far as I know, the cool music now, the stuff that I feel like has a huge future ahead of it, it's... Young Thug, new Atlanta Trap bangers, drill beats and incomprehensible lines.

So maybe this will be that. WE CAN HOPE. All I know is if even one track on here is half as good as "Good Girl/Carrots" or "Alsatian Darn", this will be the AOTY.

Oh also, did you know that Tomboy was the first live review I ever did? Wowwwww. 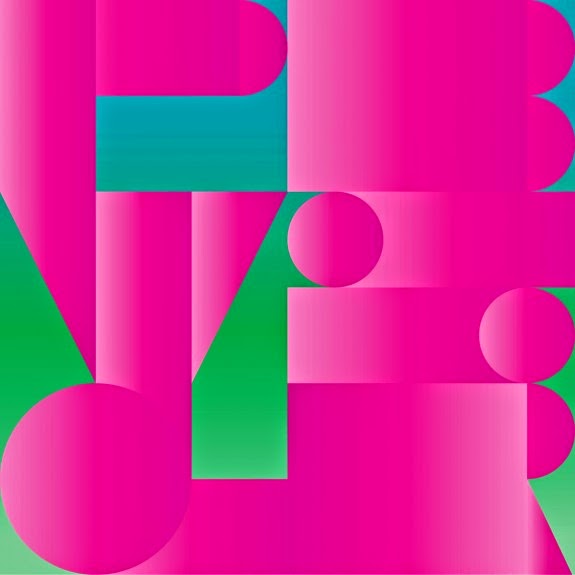 1. Mr Noah
Hmm... staticky... sorta CentyHurts sorta sounds... And like... a dog yelping? Strange, strange. Kinda spooky... Really power electronics sorta feel, like, machine sounds, and something sweeping and something else scraping. And wow at 0:40, this melody (???) emerges, WOAH. That beat. What the heck? This is sick lol. I think I kinda figured it'd be guitar stuff like Tomboy. Wow Le Eh Eh Eh, Be He He He D, haha, he is having fun on this. HAHA this is ALMOST a TRAP BEAT, ALMOST. Like try to picture Gucci Mane on this and you ALMOST can. This is good, it has a nice energy to it, bouncing along. I love when he does his low voice, like at 2:10ish. It's so cute. I have no idea what he's saying llol. Kyrptonite, other side, every time, idk? I like his track of 3-syllable words at the end of lines. This is a SWEET JAM. Cool *

2. Faces In the Crowd
lol what is this. LOL cool. this is some like, semideranged paradise feel. Like when you're too drunk to know if you're happy or something. "To my god"? "To my guy"? "Till I die"? Noah pls enunciate. Lol no don't I'll just look it up later. Again we have a sort of churning, continuous, beat-type energy. The question I guess is whether this is is gonna get mixed up... It feels like we could just ride this through the whole track but it has so much energy you feel like it could instantly burst into something double time, or some sort of like... mostly silence breakdown type section. It has that kind of energy, that you expect that sorta thing. But if it doesn't happen that's OK too. Yeah this is fun. Even though it's all in one "mode"? Cool outro... S+

3. Untying the Knot
Hmm... sitar... right? Yeah, that's what that's called. Cool. I wonder if he... played it himself? Haha oh man and then this beat. This ain't hip hop but it might be as close as he's gotten. Noah Lennox misses me ;____; and he's making the music i like ;D. I like this vocal tone he's doing, he does this occasionally. "There is a sound if you listen to it"? Wowww so many layers. This is like the big stack of layer cake type of song, I love it. Just more and more and more until it feels like it'll collapse under it's own weight, and take you down with it, and that's like... a good thing. It feels more like the tying of an elaborate knot than untying. Or maybe elements will remove themselves, that'd be cool. There's really crazy outerspace sounds too. Hmm yeah the way it dropped off was kinda neat. Like a quick retreat. And now a spacey sorta feel in more ways than one. Strange outro lol. S+

4. This Side of Paradise
Lol what? Did I read this and subconciously say paradise because of it before? Bizzzzarre intro. And now... "And every fish that swim in the sea, don't eat it"? What the heeheheheheck? Noah what are you... what does this mean. This is a weird weird sound. It sounds like something else that I can't place... especially the melody of his voice. Like, some video game sound track, I think. Very strange. "I could sink a ship on the ocean"? Ummm... what do you mean by this exactly. Are you Poseidon? "See what you can and what you can get"? Uhh, I don't know what any of this means. "Give your boy a clip on the shoulder, build up a [something] like a common sense"? It really sounds like he's having fun... giving us... advice, or something... Ooh, I like this at like 3:20, this transition. Really cool sounds, they sound like... basically nothing else. Okay neat. And omg his voice. prolly top 5 male vocalists for me. S+

Huh okay
Are there other bands making music like this? If so, let me know, because I want to hear them. This was really cool. Colorful, beat-driven music with beautiful vocal layering. I dunno, I feel like... a big part of the appeal of Panda Bear was like, his inner-song transitions. There was a sense of accumulation or transcendence. Like, "Comfy in Nautica" is super repetitive, but there's a sense of it all leading up to one big release. Or "Bros", that had a lot of repetitive elements, but they all came and went and that gave a sense of development. Or maybe I only have these perspectives because I've heard those tracks a million times.

But anyways on the first listen... I kinda wanted more stuff to happen. I wanted sections of "breakdown" and "climax". Idk. It was really cool though, don't get me wrong. I feel like if he did a longer song in this "mode" with more of a "suite" feel, it would be really really awesome. Maybe that's still to come. At any rate... I am even more excited about PBVTGR. Prolly like... I dunno, the rest of the year is crazy for music:
-New Kendrick Lamar
-Death Grips' Jenny Death
-this
-New Ariel Pink (which I also just downloaded)
-New Kanye????
-I'm sure I'm forgetting a bunch...
Posted by Keatsta at 9:24 PM

I've had Mr Noah stuck in my head all day! Super excited for the album.